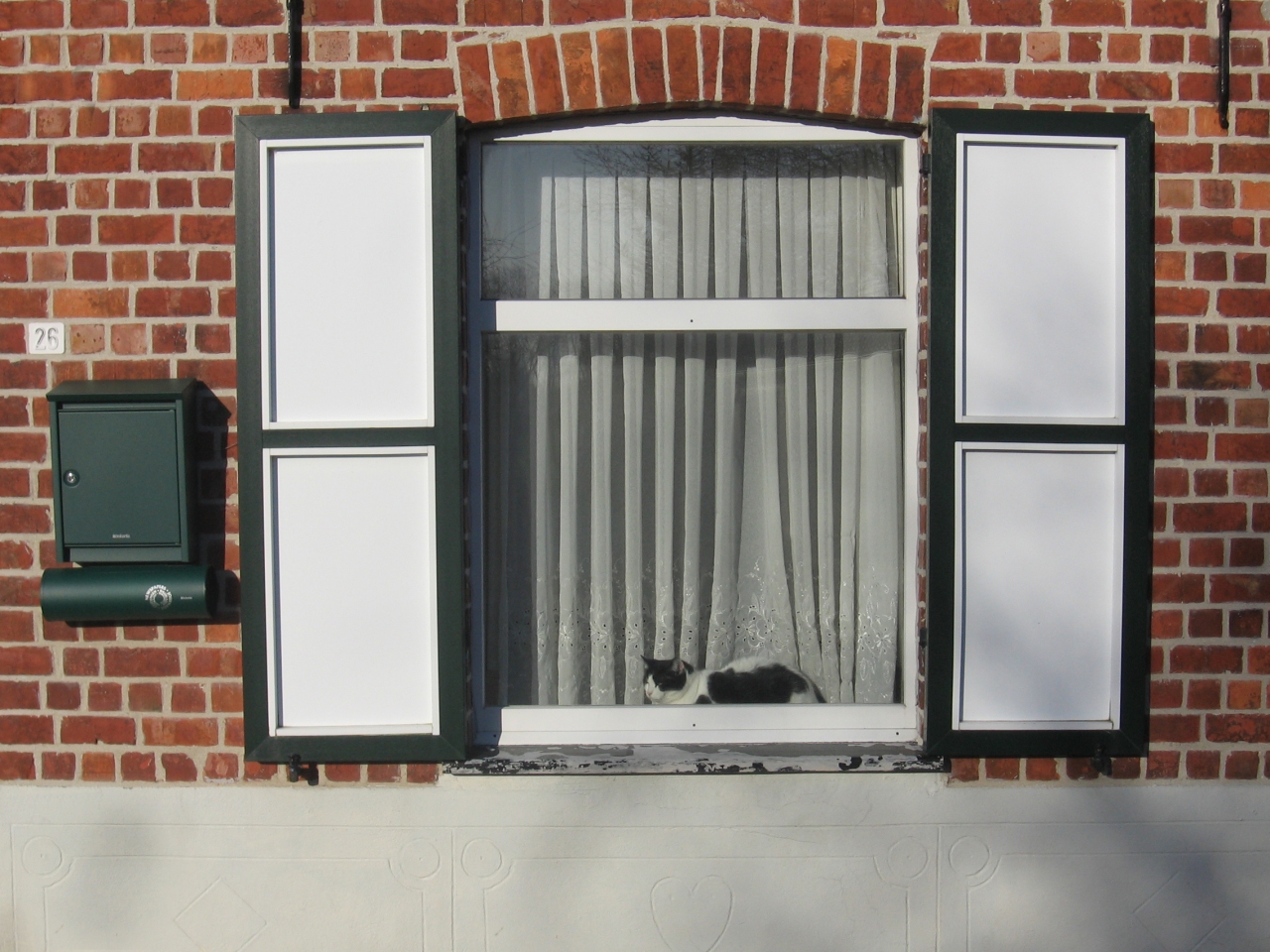 Every morning and afternoon I encounter dozens of people walking their dogs. And I assume that for every dog we see there are cats that we don’t see. After all, cats don’t go on walks; they sleep on couches, under beds, play with balls of yarn, and occasionally peek out the window. Scout is like this.

She loves the window. She spends most of her day laying on the couch staring out the window—sometimes lazily, sometimes attentively—but she’s always watching. And people love her. Within our first couple of weeks living here she had seemed to make more friends than Morgan and I combined. Our apartment sits right against the courtyard of our building, so most people walk through this area as they enter and exit the building. One morning when Morgan and I were just hanging out, Scout was sitting in the window and we heard a couple of girls walking by shout with ecstasy “Oh!!! New kitty!!!” Clearly they were happy to have a new kitty in the courtyard windows. There’s another girl who, every time she walks by, greets Scout with a simple “Hey,” as if Scout were just another person.

People are constantly greeting Scout. A utility man walked by one time and meowed at her. He did the same on his way back out. People make funny noises at her. It’s amusing how much people enjoy animals and how free they feel around them. Animals don’t cast judgement on people, so people are happy to make silly sounds and faces to get their attention. What’s even more amusing is when a person suddenly notices that Morgan and I are inside the apartment just behind Scout. They quickly shift their eyes down and keep walking as if nothing ever happened. Why? Because we aren’t animals, we’re other people.

I wish that instead of shifting their gaze down those people would simply smile and wave, maybe utter a hello however sheepish it might be. And I think that deep down people do want the attention of other people as much as they do the animals. For some reason we’re just too afraid to get it.

Latest on the Blog